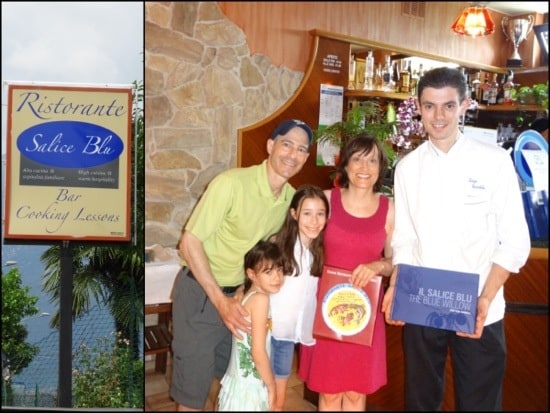 My Family at Salice Blu with Chef Luigi Gandola

As I set out on my Italian vacation with my family, I hoped to return with recipes to share and enjoy back home. The first set of recipes I obtained came from Chef Luigi Gandola of Ristorante Salice Blu in Bellagio, Italy. I was excited to buy Luigi's autographed cookbook filled with his best recipes. As I held his book, I felt like I "hit the jackpot" of Italian family recipes. I couldn't wait to get home and get cooking.

But I'm jumping ahead. First let me start from the beginning. Bellagio is on Lake Como, one of the most awe-inspiring natural wonders. The V-shaped lake is surrounded by green mountains dotted with picturesque villages and spectacular villas. 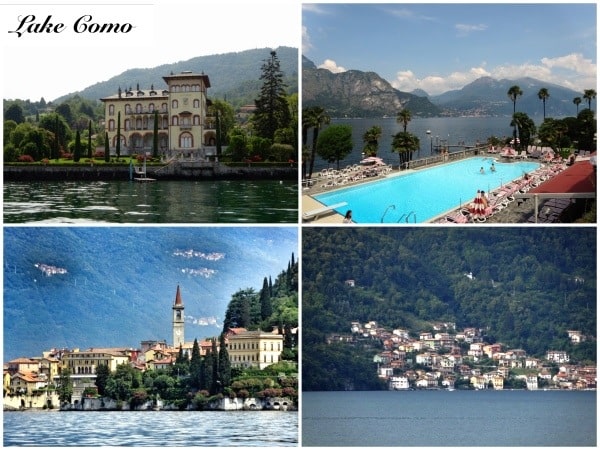 While planning my vacation, I consulted TripAdvisor.com for restaurant suggestions. I have to say, I got good advice from the website reviewers. So I learned about Salice Blu on Trip Advisor, and successfully emailed Chef Luigi to set up a lunch reservation. Chef Luigi is an interesting character. He is a young, upcoming chef at 29 years old. He is formally trained and took over his family's restaurant 8 years ago. I am fascinated that he is on Italian food television shows and has won many competitions. Food Network has invited him to appear on the American network, but he can't do it right now because he is under contract with Italian television. I'm a Food Network junkie, so that really impressed me. 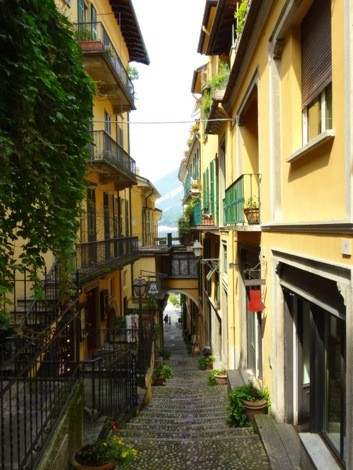 The Shopping District in Bellagio, Italy

Salice Blu Restaurant is out of the town center, about a seven minute car ride away. To compensate, Luigi picks up his guests in his car at the ferry dock or at their hotel in Bellagio. As pre-arranged, I called Luigi's cell phone just before our meal in order to confirm our pick up location. My ten year old daughter was impressed and surprised that I had the chef's cell phone number. She said, "You mean it's like you are phoning Bobby Flay?" Yes, exactly. 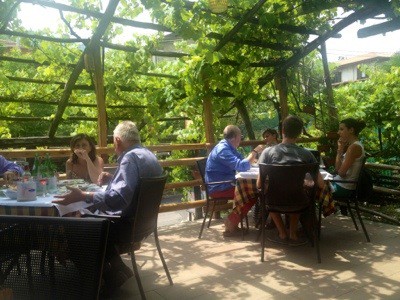 We arrived at Salice Blu and found a nice, casual dining atmosphere on a terrace covered with grapevines overhead. There were so many amazing-sounding dishes on the menu that it was hard to decide. Luigi was happy to come over and explain the menu and even offered to make selections for us. We settled upon several dishes to share including tagliatelle bolognese, truffle risotto, pumpkin ravioli, local sea bass, steak with balsamic sauce, and sorbet made from fruit in his garden. 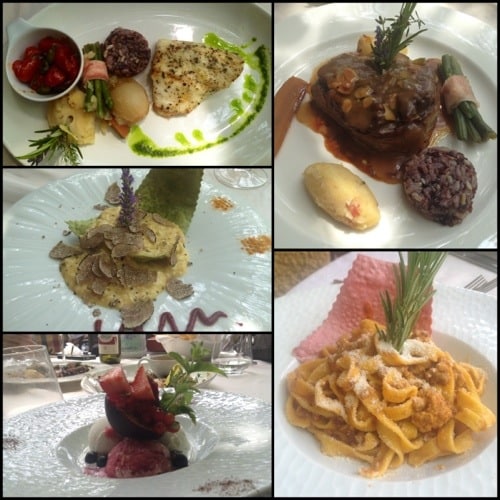 My husband told me that I over-ordered, but there were just so many things I had to try. No worries, the food was so delicious that we finished it all. I could justify a big meal in my mind because we did so much walking on the trip. In addition, I really appreciated the way Luigi presented each dish in such an artful fashion with garnishes from his garden. Salice Blu was one of the top dining experiences of our Italian vacation. 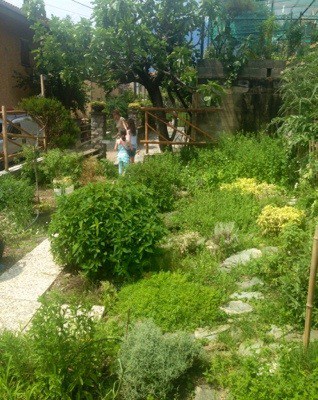 The vegetable garden at Salice Blu in the summertime.

I wanted to check out Luigi's garden, so my kids and I wandered over. We saw Luigi's mama tending to the garden. She explained in Italian what fruits and vegetables they were growing. Then she picked my kids some fresh raspberries to try. The family was so hospitable. As if all this isn't enough, Luigi gave us a ceramic plate to commemorate our memorable meal. Next time, I'd love to take Luigi's cooking class which he offers at his restaurant. 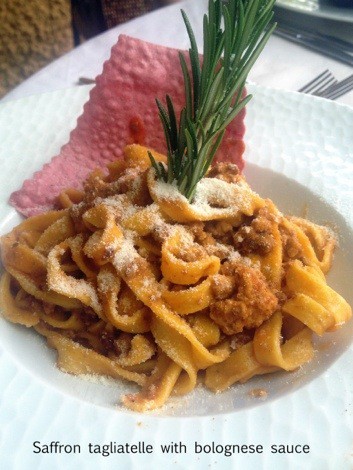 My favorite dish was the homemade saffron tagliatelle with bolognese sauce. I tasted many pasta bolognese dishes while I was in Italy, and Luigi's was hands down the best. I was so excited to find his bolognese recipe in his cookbook and couldn't wait to make his recipe myself. I wish I could tell you that I replicated it well and that I have an amazing recipe to share with you. I'm not quite sure what went wrong with my rendition, but it was inedible. 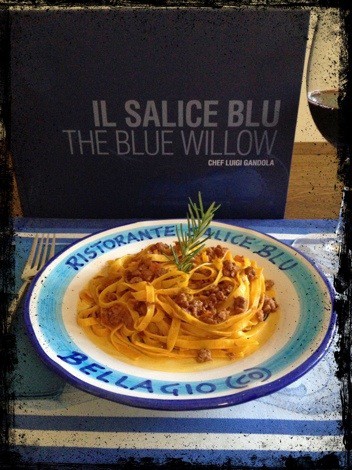 Anatomy of a dish gone wrong:
1. Some of the directions and ingredients in the cookbook were vague. I had a few questions. I really wish I had taken Luigi's cooking class. I probably should have emailed Luigi for clarification. I was over-confident in my ability to interpret Italian recipes after my success with Nonna's cookies with chocolate chips. So, I forged ahead and made my own interpretations.

2. I think I made some poor ingredient choices. I was in an excited hurry to make this recipe and didn't want to expend the effort to make my own homemade veal bones stock. The store-bought beef stock I used instead was all-natural, but very bland. Worst of all, something in the sauce had an off flavor which permeated the dish. I wish I had tasted each ingredient before I added it because maybe I could have prevented the problem. I learned a big lesson. Finally, the saffron noodles I bought at an Italian specialty shop were way too strong with an over-powering saffron flavor. Plus, the sauce was too dry. Yep, just one big, disappointing cooking disaster. We had frozen pizza for dinner that night instead.

If I have the courage to try this recipe again, I'll let you know if I crack this recipe and will share it. It might be worthwhile to try because there are two brilliant secret ingredients in the recipe. Dried porcini mushrooms and pancetta add depth of flavor to the dish. So, I'm sorry I have no sensational recipe to go with this story (yet?), just a confession of my kitchen disaster. Oh, and an excellent restaurant recommendation should you ever make your way over to Lake Como, Italy.