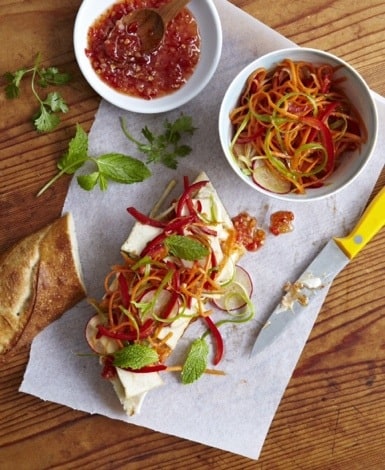 Lately I have been on the hunt for the Los Angeles food truck with the best banh mi sandwich, a Vietnamese sandwich that features French bread, sweet pickled vegetables, cilantro, and a protein such as chicken or tofu. So far I haven't found my dream sandwich on a truck, so I'm happy I found this sensational recipe for banh mi in The Great Pepper Cookbook by Melissa's Produce. 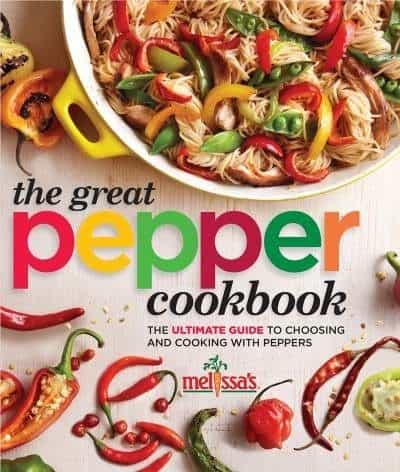 I went to the cookbook launch party and learned some interesting facts about peppers from Robert Schueller, who is a walking encyclopedia of produce knowledge. I learned that the hottest part of the pepper is the veins; next hottest is the seeds. This is helpful for me to know since I am wimpy and now know what parts to cut out. I never knew before that there are peppers with zero heat, like bell peppers and veggie sweet minis. The cookbook has a helpful Scoville scale chart that maps out every kind of pepper from zero heat to ridiculously hot and everything in between. In case you are ever on the game show Jeopardy or anything like that, I will let you know that the hottest pepper in the world is the Scorpion. Oh, and peppers are technically a fruit because they have seeds.

I loved how Robert explained that the idea behind the cookbook is to use peppers to give food flavor, not necessarily heat. I never thought of peppers that way before, and hearing that encouraged my wimpy-self to try all sixteen of the recipes at the party that were made using the cookbook recipes. I really enjoyed the food, especially the albondigas soup, the pollo en crema, and the chile-chocolate mole truffles. Here's some of the action from the cookbook launch party: 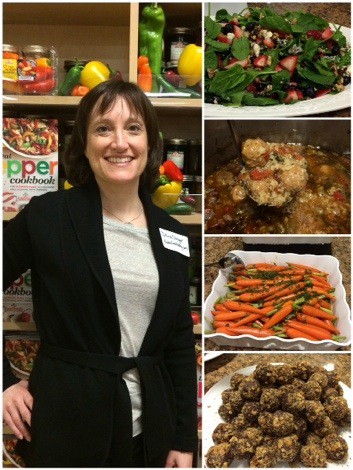 I'm really impressed with all the attention to detail in this first-rate cookbook. Most of the recipes have gorgeous color photos showing the finished dish. All recipes have a helpful tip or shortcut box filled with useful information. Many of the recipes are Latin and Asian, which are a natural fit with peppers, but there are also American standards that are jazzed up with peppers. The recipes even suggest alternative peppers to suit your preference of spicy or mild. If you like your food with a kick of heat, this book helps match the right type of pepper to each dish. 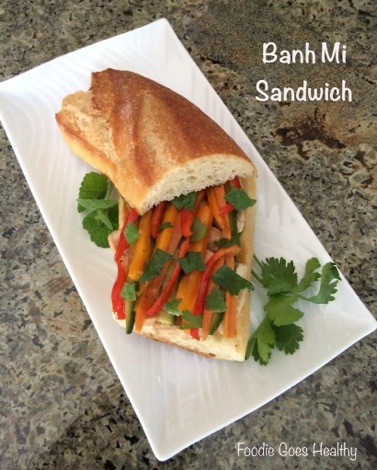 The first recipe that I wanted to make out of the cookbook was the banh mi sandwich. This is a genius recipe: it delivers the right flavors and does so with a shortcut method. Normally, this dish calls for pickled vegetables that take time to brine. Instead, in this recipe the vegetables take a quick soak in a marinade, then with the addition of sweet chili sauce, all the right flavors are there. This sandwich has perfect balance: sweet and savory, soft and crunchy. It can even have a kick if you'd like.

Recipe type: sandwich
Cuisine: Vietnamese
Author: Dana @ FoodieGoesHealthy.com
Prep time: 20 mins
Cook time: 30 mins
Total time: 50 mins
Serves: 4
Adapted from The Great Pepper Cookbook. This recipe is flexible and can be changed depending on the ingredients you have on hand. I didn't have daikon, so I used unpeeled Persian cucumber, which is commonly used in this dish. However, don't let the cucumber soak in the marinade, or it will get soggy; just give it a quick dip at the end. Also, I used leftover chicken when I made this, or store-bought rotisserie chicken will work. Although cilantro is quintessential to this dish, fresh mint or Thai basil are good alternatives. And I think you should know that you really don't need to measure everything; you can just eyeball making a sandwich.
Ingredients:
Instructions:
3.2.2310
By the way, our food truck search has not been a total loss. We did find excellent pizza at the Urban Oven food truck in the Los Angeles area. 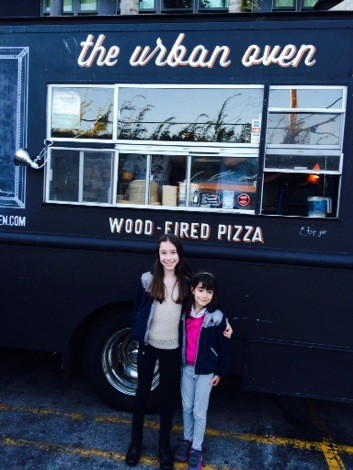 Disclosures:
Photos from the cookbook provided by Melissa's Produce. I received a copy of this cookbook and a sample of veggie sweet mini peppers from Melissa's Produce. All opinions expressed are my own.
This post contains affiliate links. If you make a purchase via my link, you will pay the same price, and I will get a small commission which helps support this blog.