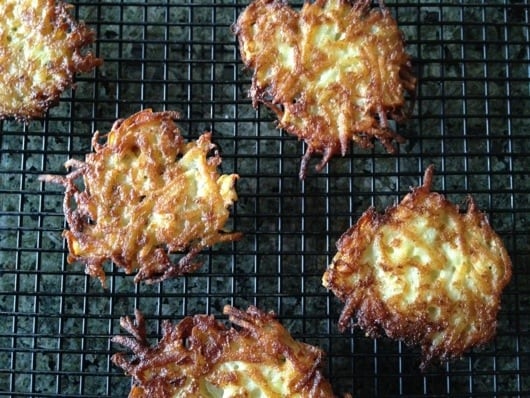 Today my kitchen was filled with the smell of frying potatoes as I prepared the traditional latkes for Hanukah. I was in a relaxed cooking zone, like a form of meditation. It was just me and the quiet of the house, a rarity in a household with two little kids. But I didn't feel alone. Somehow I felt the presence of my mom and grandma, my two cooking mentors who have passed away. 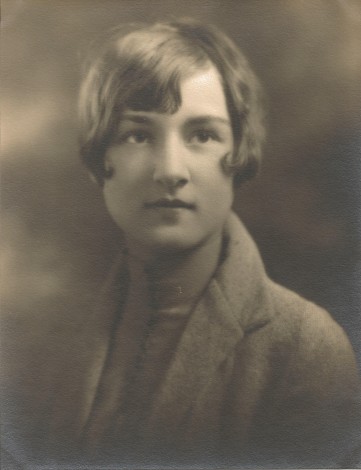 As I cooked, I thought about my Grandma Shirley who taught me how to make latkes, also known as potato pancakes. Latkes, soup, and cookies were her specialties, a handy repertoire to have. Like many of my older relatives, my grandma cooked by feel, often without a recipe. Latkes were no exception; she just had a list of a few ingredients in her head. I feel fortunate that one day long ago I cooked along side her and took written notes to document her recipe.

The party in my kitchen continued as memories of other relatives popped into my mind. My dad appeared, the food critic and fan of homemade food. As I sampled the first latke to taste for any needed adjustments to the batter, I could hear my father say, "really good, but needs a little more onion." He was always spot on. I know he would have given these latkes the thumbs up. They were flat and crispy with just a touch of soft potatoes inside. 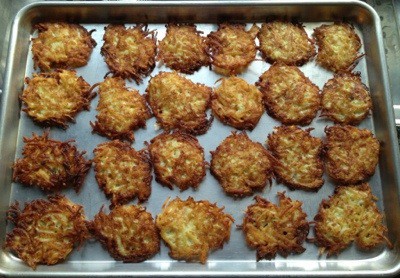 Then, I thought of my mom, the ultimate dinner party hostess. She was an excellent cook and loved to bring people together to share a meal. I looked around my house and saw the Hanukah party that was starting to take shape in my house-- the trays of latkes waiting and the dining room table set with care. I realized that my mom would have been so proud of me and the adult that I have become.

As my kitchen continued to fill with memories and the smell of latkes, I felt surrounded by warmth. Holidays have a way of evoking memories. I hope you have a warm and memorable holiday season too. 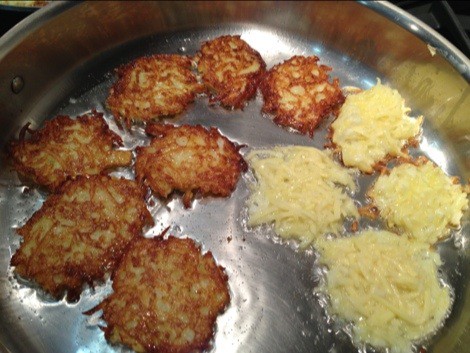 This latke recipe is for a delicious, traditional dish that is a Hanukah treat. There is no way to "lighten" these up, unless you want to make a completely different dish like my potato latke muffins, which are baked. So enjoy, it's the holidays. 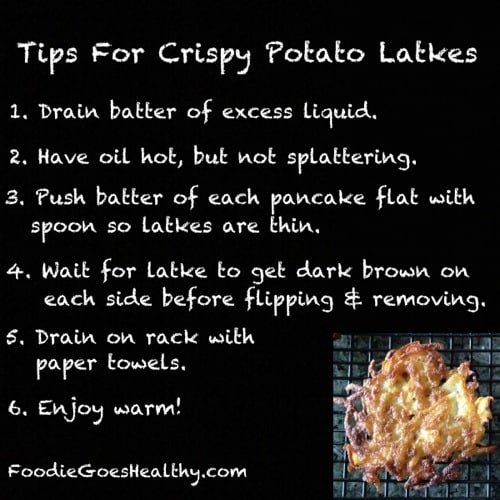